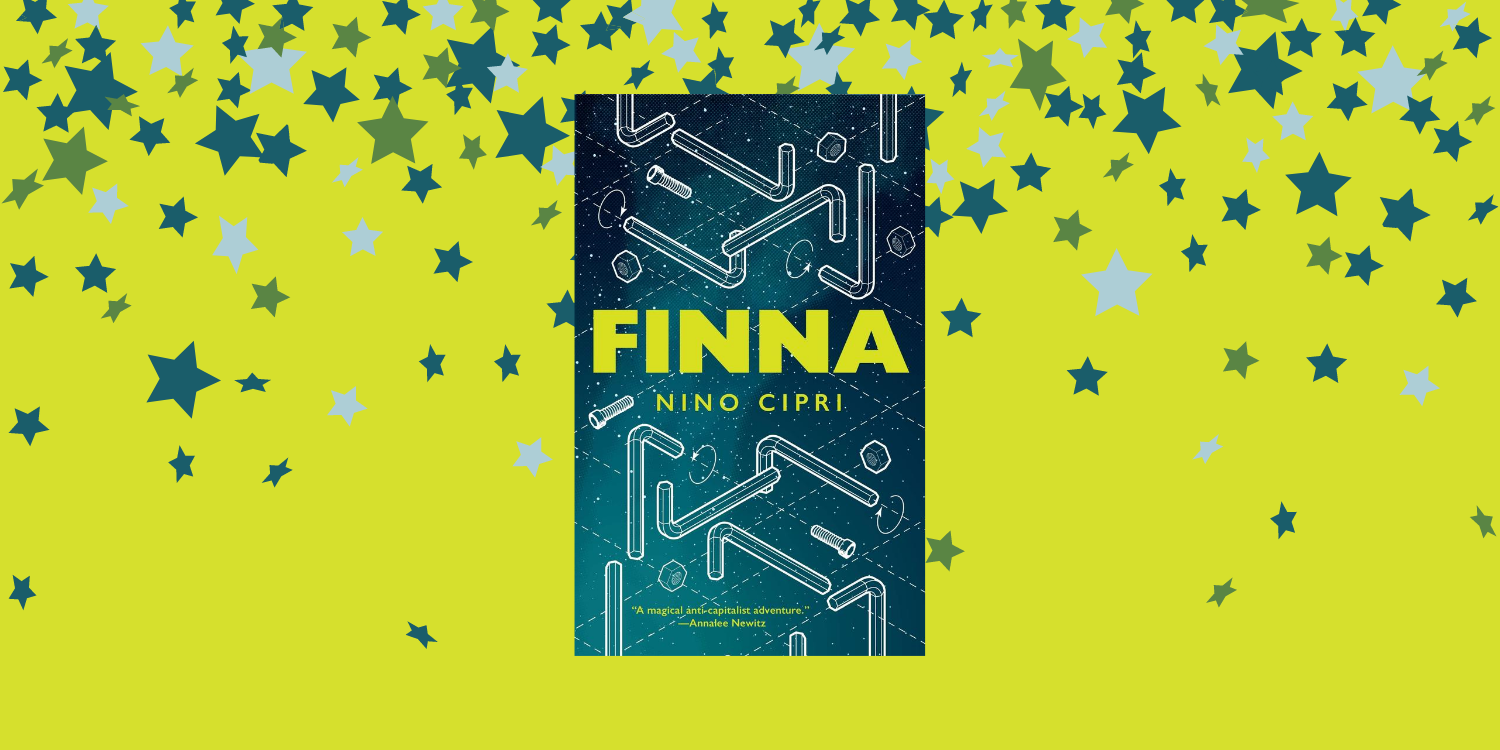 Ever gotten lost in an IKEA? Well, certainly not as lost as the customer that Swedish big box furniture store (it is not IKEA. Sure …) employees Ava and Jules have to rescue. Because it turns out that these non-IKEAs are riddled with wormholes leading to their counterparts all over the multiverse. What follows is a slightly absurd romp through the multiverse, lots of weird encounters and a bunch of distinctly non-IKEA furniture displays.

So … It’s been seven months since I’ve read this. And several months since the last post on this blog. Luckily, I have extensive notes on roughly three dozen awesome fantasy and science fiction novels and novellas and several finished reviews. Yes, this means that there will be regular content on this blog once again. And not just book reviews, though they will be the main focus. But anyways, let’s get on with the review!

Nino Cipri’s „Finna“ combines big box stores with wormholes and adds a heavy dose of capitalism criticism. It’s a wild ride and I thoroughly enjoyed it. On less than 150 pages Ava and Jules, employees at a store that is not IKEA, have to brave the strangeness of the multiverse to find a missing customer – or at least a decent replacement. As if working with your ex wasn’t bad enough, they now also have to contend with ridiculous corporate policies and flesh eating furniture.

I’m not gonna lie, parts of this did drag on a bit. But the IKEA-esque setting was great, including the ridiculous names Ava gave to the furniture displays. And the idea that these stores are built in such a confusing way that even reality starts getting confused and wormholes start swallowing customers? Loved it. I also liked the characters a lot, though Ava’s musings sometimes felt a bit monotonous. She also reflects on her recently ended relationship with her coworker and, as Jules is non-binary, on several issues like misgendering in the workplace.

All in all this was short, fun and had a bunch of more serious moments that touched on a bunch of important issues – about capitalism, queer issues and questions of humanity in general. Despite some minor lengths „Finna“ by Nino Cipri was easy and entertaining to read and I’d highly recommend it to anyone who’s ever gotten lost at IKEA.