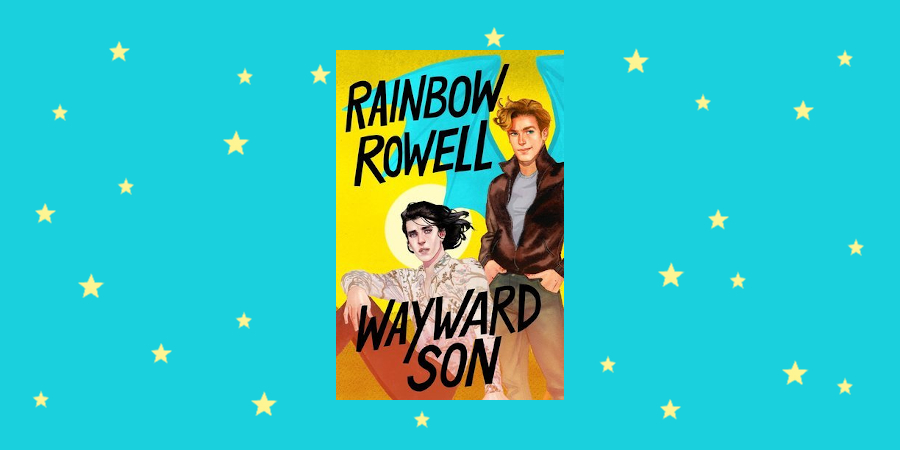 Okay, this just wasn’t what I expected. I actually kinda liked Rainbow Rowell’s “Carry On”. It read like a pretty bad Harry Potter fanfic (and yes, I’ve read more than enough of those to make this comparison!) but it didn’t take itself very seriously and was fun and fluffy and utterly trashy while playing with all the elements that made it so bad, which somehow made it almost good again. I expected more of that utter ridiculousness in “Wayward Son” and was predisposed to like the sequel based on the fact that I love the song that always, always gets stuck in my head whenever I read the title of either novel. ♪ Carry on, my wayward son … ♪

However, it quickly became clear that “Wayward Son” is way darker than I expected. This novel deals with the aftermath of a war and those are rarely happily ever afters. I was okay with that. I like novels that actually make their characters deal with (psychological) aftereffects of their heroics. Unfortunately though, that is not what “Wayward Son” does, either. While it does tell the story of a former hero plagued by PTSD and relationships full of problems, it lacks absolutely any kind of helpful development.

This novel is purely based on lacking communication. Seriously, these people are so fucking annoying. They do not really talk with each other, stewing in their own problems. Nothing in this offers any kind of hope that they’ll work out their stuff or at least start dealing with it in a somewhat healthy way. There is almost no introspection from any of the characters and as their main problems are internal ones, this means there is basically no development.

The thing is, “Wayward Son” is apparently not the last novel in the saga of Simon Snow. I didn’t know this when I started reading, but the cliffhanger at the end makes it kind of obvious that there will be at least another novel in the series. Making this a middle novel and it suffers all of the problems those often have: mainly, it just doesn’t offer any kind of conclusion. It just gets more and more frustrating to read about these characters and their problems without them ever getting anywhere.

I’m … okay, I’m not actually sorry that I didn’t like this, because apart from “Carry On” I never liked any of the Rainbow Rowell novels I read, but still, this was a disappointment. The complete lack of development or even anything remotely meaningful happening (like talking! Talking would have been nice …) made this one a pretty crappy and annoying read and I definitely won’t be picking up whatever sequels might follow. I just don’t care anymore. Not that I cared very much to begin with, but this book killed whatever caring I had left and did a very thorough job of it.