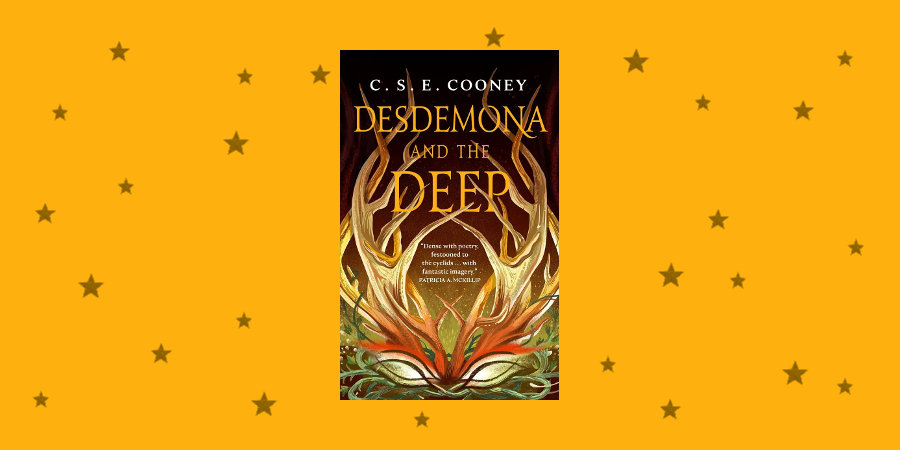 Okay, sooo … I had two problems with C.S.E. Cooney’s novella “Desdemona and the Deep”:

1. It’s like the author took a dictionary and looked up the most obscure synonym for every other word. The language is atmospheric but totally over the top and at points just exhausting to read

2. One of the characters, not the main, but an important one, is trans and gets misgendered throughout the first half of the novella

I loved the world C.S.E. Cooney created here. The goblins, the fairies, everything was so well done. And yes, the language she uses was at times confusing and tiring but it also fit really, really well with the theme and mood of the novella. It took me a pretty long time – especially considering how short the novella is – to get comfortable with the language. The whole thing is kind of a mess, but a fascinating, creative and impressive one and oddly captivating.

However, the misgendering-thing … The protagonist’s best friend is trans. This does not become immediately apparent – by the way she’s introduced, she might just enjoy cross-dressing. But due to later events, I’m pretty sure that she is trans, though she is never referred to as such. And during the first half or so of the novella she’s consistently referred to as male, which I thought wasn’t very well done. Especially since the novella is told from Desdemona’s point of view – it’s not a first-person perspective, but it’s her point of view and the reader gets to see her thoughts. And she seems to be aware, on some level, of her friend being trans, but she still uses he/him pronouns in her inner monologue and refers to her wearing women’s clothes as being in travesti.

Sure, Desdemona is pretty much a thoughtless, spoiled and bitchy high-society brat and the world this is set in (some kind of magical Roaring Twenties US lookalike) doesn’t seem to have a concept of trans people, but a) Chaz is the only person Des really cares about – besides herself – so a more empathetic behaviour/more awareness of her friend and her struggles wouldn’t really be too much to expect, would they? And b) something like this always gives off this kind of “this is historically inspired, so there shouldn’t be (openly) queer people!” vibe, which is total bullshit.

So, overall, I did enjoy “Desdemona and the Deep”, though it took me a while to warm up to the weird language as well as the really not very likeable but very well written protagonist. I loved the transformation Desdemona went through and I’m glad about the transformation Chaz got to go through. However, the misgendering of the trans character left me with a bad feeling.